We’ve been hearing about the benefits of chocolate for some years, but the evidence just keeps mounting. Researchers from Harvard Medical School recently analyzed 21 controlled studies that followed a total of 2,575 people and presented their findings at a conference of the American Heart Association. The Harvard review confirmed earlier conclusions that cocoa flavonoids are the ingredient in chocolate that boosts well-being. Although many fruits and vegetables contain flavonoids, the form in cocoa is particularly beneficial for the heart.

According to the Harvard analysis, short-term benefits experienced by people who regularly consumed flavonoid-rich cocoa included:

The longer-term benefits of cocoa may be greater. In a 15-year study of 470 elderly Dutch men, risk of death from heart disease or other causes dropped by half and blood pressure was more than 3 points lower among those who consumed the most cocoa. A blood-pressure decrease of 3 points is estimated to reduce death from strokes by 8 percent, death from heart disease by 5 percent, and death from any cause by 4 percent. In the study, the top cocoa consumers ate about 4.2 grams of cocoa daily, the amount found in approximately 10 grams of dark chocolate (about one-third of an ounce). Overall, chocolate accounted for about two-thirds of this amount and the rest came from cocoa drinks, puddings, other foods, and supplements.

Other studies have found that cocoa reduces harmful clotting in blood, protects against cancer, lowers levels of stress hormones, may boost friendly gut bacteria, and may ease symptoms of chronic fatigue syndrome.

How To Choose Cocoa

How Much Is Therapeutic?

“Research suggests that drinking a cup of dark hot chocolate can be equated with drinking a glass of wine in protecting the heart,” says Lona Sandon, RD, Assistant Professor of Clinical Nutrition at the University of Texas Southwestern School of Health Professions in Dallas.

For chocolate, studies have generally found benefits with amounts ranging from one-quarter of an ounce to approximately 1.5 ounces of a dark chocolate daily. In chocolate protein powders, baked goods, and desserts, it makes sense to look for real cocoa or chocolate, rather than chocolate flavoring.

Like wine, cocoa has many unique flavors, depending on the variety of the plant, the region where it grows, and the techniques used to cultivate, harvest, and produce chocolate. Natural flavors are most noticeable in dark chocolate.

“The cacaos from Ecuador and Peru are famous for producing floral or herbal flavors, while those from Venezuela and the Caribbean are more fruity and spicy,” says Ray Major, a cocoa expert who has travelled the world finding premium cocoa for more than 30 years. However, he cautions that such specific differences may not be obvious in all chocolate brands. Bottom line, cocoa flavors are complex, and the only way to find your personal favorite is by tasting chocolate and cocoa from different regions.

Makes 1 Serving Cool off on a hot summer’s afternoon with this refreshing, healthful drink. 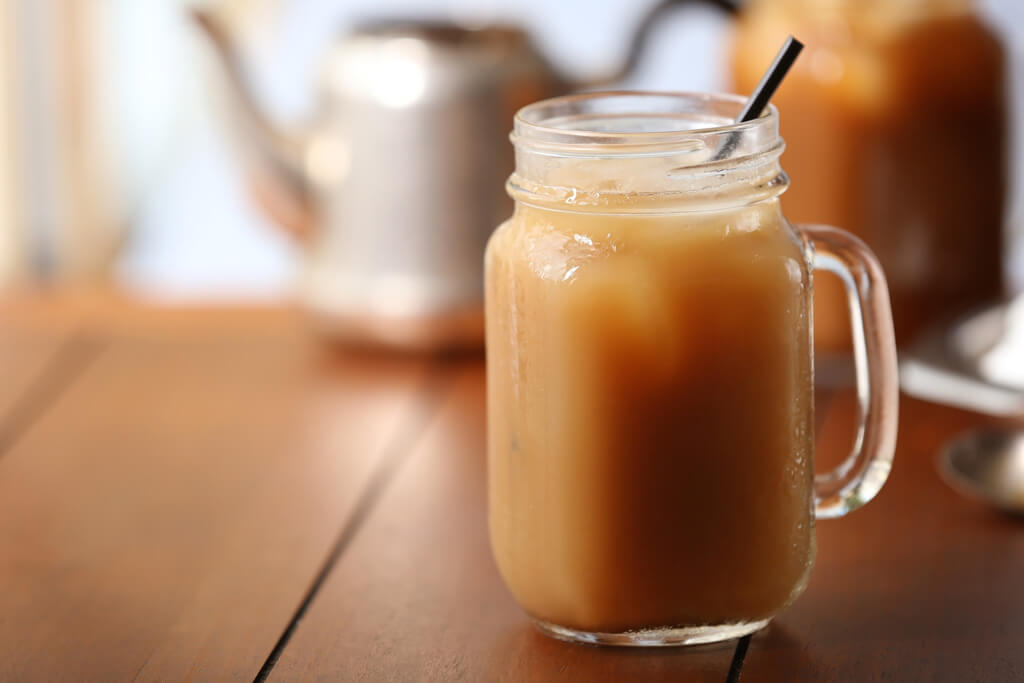 Written by Vera Tweed for Better Nutrition and legally licensed through the Matcha publisher network. Please direct all licensing questions to [email protected]

At MariGold Bars… we do chocolate!

We use nothing but the best organic, ethically sourced, non-alkaline artisan chocolate in our bars.

So you can feel good about eating any of our varieties of MariGold Bars loaded with quality chocolate!

Whether you’re someone who likes rich, full bodied chocolate flavor, or someone who just likes a little taste here and there…we have a variety of Protein Bar and Fat Bomb flavors to suit everyone.

One of our all-time customer favorite chocolate-lover flavors is our Dark & Salty protein bar. But we certainly can’t forget about Double Fudge Brownie, Chocolate Mint and Choconut (if you like a little coconut too). 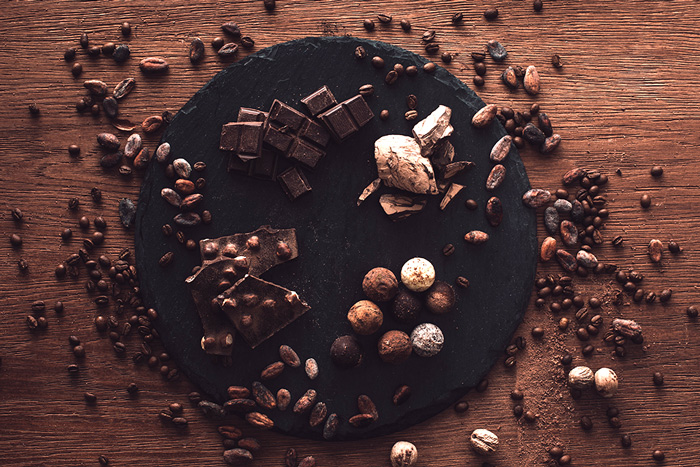 How Much Do You Know About Chocolate? Take the Quiz!

The Story of Chocolate Isn't as Sweet as Its Taste 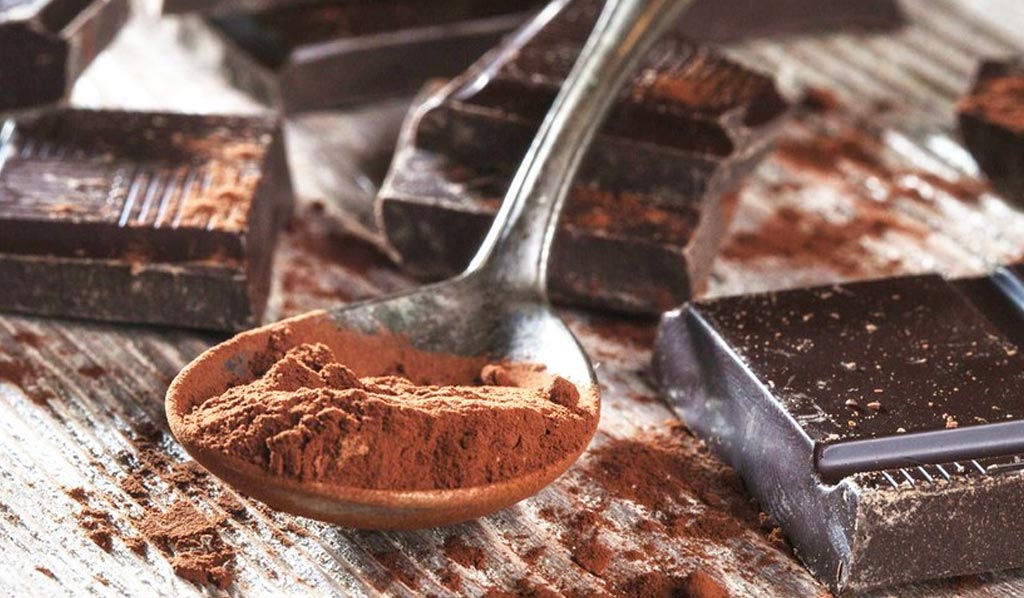 Our team honors all those who have served our country to protect and serve. We will never forget the sacrifices you’ve given for our freedoms. Our family team @marigoldbars thanks you!

For those who are military we are offering code “VETERANS” for 10% off even if you’ve purchase before for the next 24hrs.

We are so thankful for the wonderful ppl who share there reviews!❤️

The girls approve of the new Limited Edition @marigoldbars and so do I!🐶💖🥰 I’m a sucker for the original Texas Pecan Praline, so this new Pecan Sandie flavor is definitely my new fav.🤤 German Chocolate Cake and Gingerbread Bar are awesome too!

If you haven’t tried this delicious and healthy protein bar that is packed with grass-fed whey isolate and healthy fats like coconut oil and ghee, you are missing out!! Most of their bars have only 1 or 2 net carbs. I’ve tested them numerous times with my @nutrisenseio continuous glucose monitor and they do not spike my blood sugar.🩸💃🏼 These bars do not contain frankenfood ingredients or crappy preservatives, so you have to keep them in the fridge or freezer!🙌🏼

Consider ordering a pack of these limited edition flavors.🍁🌰You can use my code GOLDEN for a discount off your first order!🤩

⭐️ PROTEIN CHOCOLATE SOUFFLÉS ⭐️ these babies may sound and look fancy, but they’re so easy and quick to make! They’re perfect for a date night in or to treat yourself to some deliciously chocolatey dessert!

METHOD
* use 1 tbs of butter to butter 2 ramekins.
* Use the other 2 tbs butter to melt with 3oz chocolate bar. Microwave chocolate with the butter for 30 secs. Remove, stir and microwave again until melted.
* Add 1 tbs water to 2tbs @marigoldbars powder and stir. Add to melted chocolate and fold it in.
* Stir vanilla extract and egg yolks into the chocolate mixture.
* In a medium bowl, add egg whites, sweetener, pinch of salt and tartar (if using). Beat with electric mixer until stiff peaks form.
* Add egg whites to the chocolate mixture. Gently fold (do not mix!) until it all is folded together.
* Divide mixture into two ramekins. Bake at 375°F for 20minutes. Remove and dust with confectioner sweetener and enjoy! ♥️
.
.
.
.
Follow @_dashofhappiness_ for more healthy, low carb and keto friendly tips, recipes and ideas! 💡
.
.
.
.
#ketorecipes #easyketorecipes #easybaking #ketobaking #healthyeating #healthyrecipes #healthyketo #sugarfree #sugarfreerecipes #sugarfreeketo #feedfeed #healthyeating #lowcarblife #souffle #chocolatelover #feedfeedbaking #cookwithme #quickrecipes #diabeticrecipes ...