Did you know ginger is a part of the Zingiberaceae family, which also includes turmeric and cardamom and is actually a rhizome, not a root!? The health benefits of Ginger and its uses date back to almost 3,000 years ago, where it was highly valued for its many medicinal properties.

Ginger has been used as a tonic for various ailments, as well as a spice, nutraceutical supplement and even candy/dessert. In fact, it is said that Queen Elizabeth invented the idea of the gingerbread man!

Primary uses for ginger include nausea, motion sickness, vomiting in pregnancy, poor circulation and digestive support. Its spicy taste and aroma are due largely in part to the gingerols, which are one of the main compounds studied for their many health benefits.

There are roughly 115 active constituents found in ginger, with it being rich in compounds such as gingerols, paradols and zingerones. These compounds are known for their ability to support immune health, scavenge free radicals and inhibit inflammatory markers such as TNF and IL-1. Gingerols, the main compound found in ginger, are found in higher amounts in fresh ginger, while shogaols, are more abundant in dried ginger (so have your mix of both).

Ever heard the saying “give me a minute to digest that?”….well you aren’t alone! In many holistic practices, digestive health is often the benchmark overall health, and if you find yourself experiencing sluggish digestion, you might also find yourself experiencing sluggish energy, poor immune function, cravings, consistent hunger (even though you just ate) bloating, gas, indigestion and overall lack of zest. According to the Ayurvedic medicinal system, ginger is recommended to enhance the digestion of food overall.

Ginger root can increase the “fire” of digestion, as it helps increase the production of digestive enzymes and speed up transit time of food that may be slow. Ginger and its metabolites (or broken down plant compounds) are said to accumulate in the GI tract, which makes it rather handy to keep on hand for a variety of stomach issues (such as bloating, gas, indigestion and general nausea).

Ginger is often referred to as a natural and alternative antiemetic, or something that can be used to deal with things like motion sickness, vomiting and nausea. The antiemetic effects of ginger have been attributed to its carminative (aka relieving flatulence/gas) effects, which can help to break up and expel intestinal gas.

Inflammation is a natural process that happens in the body in response to stress, so the goal is not to turn inflammation off, but rather modulate the inflammatory process in the body. You can experience inflammation from many things such as poor circulation, working out excessively, extreme bouts of stress, poor diet and even lack of sleep.

Ginger root can inhibit inflammatory genes such as NF-KB, as well as enzymes associated with the inflammation response such as COS and LOX; this can help with supporting circulation to the joints, liver, cardiovascular and lymphatic system.

Ginger has also been shown inhibit prostaglandin and leukotriene biosynthesis, aka the production of hormone-like molecules that tell the body to continue on with the inflammation cascade (as prostaglandins play a role in vasodilation and vasoconstriction).

As with anything regarding health, balance is key, which means our bodies need a constant supply of antioxidants to balance out the daily free radical damage our cells incur. Free radical damage is a natural part of our everyday metabolic processes. If we do not have enough antioxidant support our cells, however, mitochondria and metabolic pathways can begin to accumulate excessive reactive oxygen species (ROS) which can lead to oxidative stress that has been associated with numerous diseases. Ginger has a warming effect on the body, which can help support circulation in general.

Ginger has been shown to decrease age-related oxidative stress markers (that’s right, we can accumulate free radicals just by living life). Ginger consumption has been linked to increased activation of several key antioxidant enzymes in the body, such as superoxide dismutase and catalase, as well as GSH and glutathione peroxidase, glutathione reductase, and glutathione-S-transferase (all things we want more of to help support inflammatory pathways, liver health and overall antioxidant status).

How to Use Ginger

To put it simply, pretty much however you can! Cook with it (spice up your life), add it to warm (or cold) water, with a splash of fresh lemon juice and a dash of ginger, or even make your own ginger candies!

To maximize the health benefits of ginger, bring it with you when you travel and use it to soothe a tummy ache, add it to your tea or think about making your own ginger juice!

Get all the health benefits of ginger in a warm, spicy-sweet and delicious treat! Reminiscent of a “Ginger Chew”, but without all the sugar.

This lectin free treat contains the added benefit of ginger to help soothe your sensitive gut. And, with only 2 net carbs, our new Ginger Coconut bar is a great keto-friendly addition to MariGold’s keto line-up. 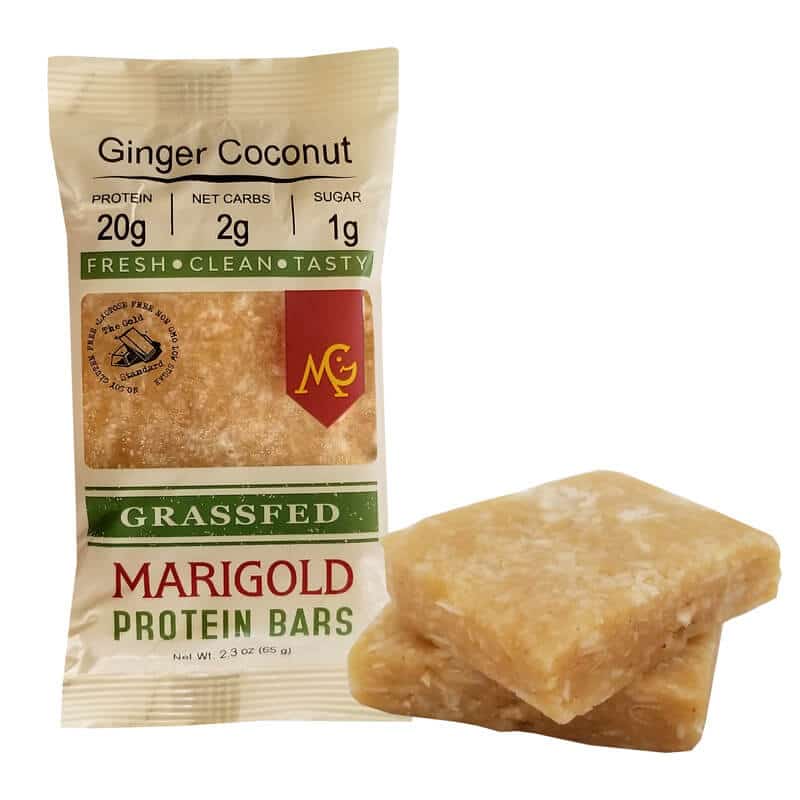 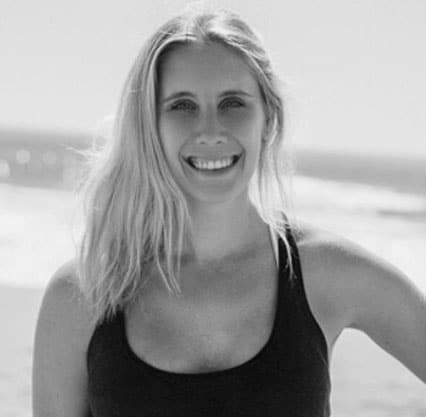 Brianna Diorio is a clinical nutritionist and holistic lifestyle coach, as well as one of our MariGold Ambassadors.

“These bars are truly delicious and nutritious, my favorite combination!”