Coffee is known to be the kick starter drink of the morning. Some people need coffee so badly before they start the agenda of the day that they can barely function. Other than the great taste and the caffeine hit you get from your daily cup, there are many surprising benefits of drinking coffee daily. Here are 5 reasons you should drink coffee every day:

The coffee aroma is just as appreciated as the taste. It may come as a surprise to some people that just the aroma of a cup of coffee can you wake you up. Scientists believe that the rich coffee smell can change the activity of protein and genes in the brain and help against the effects of sleep deprivation.

Coffee is often used to counter the effects of a hangover. A cup a day can also prevent liver cirrhosis due to excess consumption of alcohol. Liver cirrhosis is an autoimmune disease and is 20% less likely to occur to people who consume 1 cup of coffee daily.

It was predicted by the Alzheimer’s Society that the amount of people suffering from the disease will rise to 1 million by 2025. In a 2010 study, it was found that people who drank 3 to 5 cups of coffee a day had 65% less chance of developing Alzheimer’s and Dementia in their later life.

Not only does coffee wake you up and get you going for the day, but it can also actually make your brain function better and make you smarter. The active ingredient in coffee is caffeine, which is a stimulant that blocks the effects of adenosine in the body. It increases the neural firing in the brain and releases dopamine and norepinephrine. Controlled trials have revealed that caffeine can enhance mood, reaction time, memory, cognitive function and vigilance.

Caffeine is found to be part of many commercial fat burning supplements. Due to its stimulant effects, caffeine can increase metabolism and enhance the oxidation of fatty acids. Athletes who want to improve their performance can use caffeine as it mobilizes the fatty acids from the fat tissues. Caffeine has been found to increase exercise performance by 11% to 12% on average in 2 separate meta-analyses. You may want to complement your daily morning stretches with a cup of coffee to reduce excess fat.

Coffee definitely has many more health benefits that indicate that drinking coffee on a daily basis is good for you. However, we must always remember that excess of everything is bad. Drink healthy amounts to experience the health effects.

Written by Emily Green for Working Mother and legally licensed through the Matcha publisher network. Please direct all licensing questions to [email protected]

Have your Coffee and Eat it too! 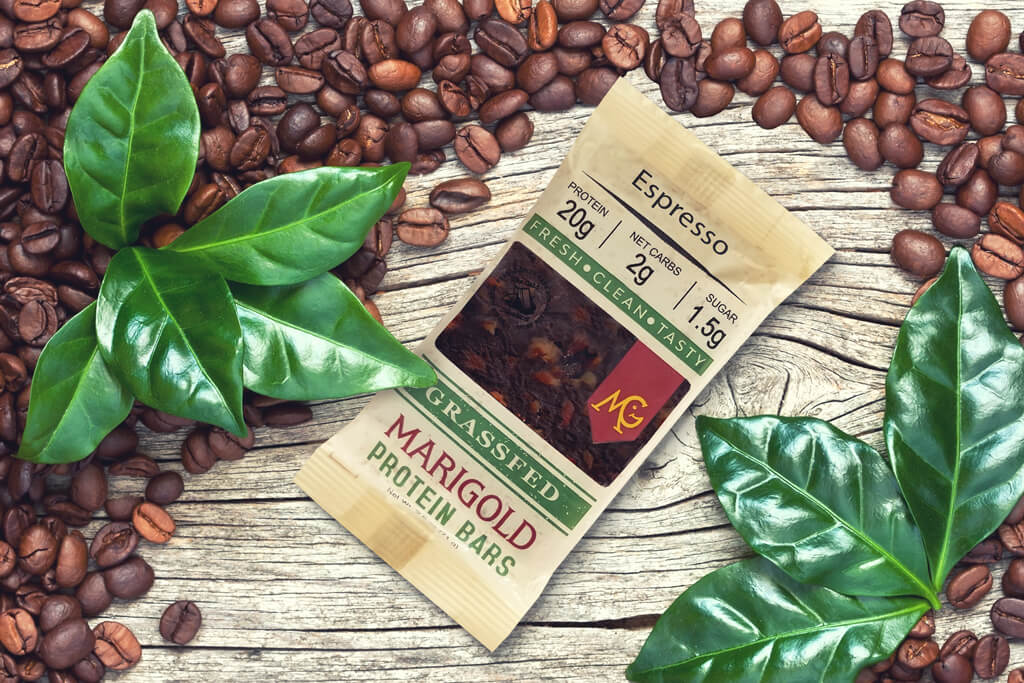 Get all the advantages of antioxidant super power with organic, ethically traded coffee from our Espresso Bars!

With our Espresso bars, you get a triple shot of coffee – brewed and ground…and for those of you who love bullet proof coffee, we’ve added in organic grass-fed ghee along with organic coconut oil.

Our Espresso flavor contains coffee, but ALL of our protein bars and fat bombs taste great alongside a cup of your favorite morning brew.